Since early 2000, photo handbags have become somewhat of a craze. The Independent wrote “Ever since Anya Hindmarch launched her photo-customised tote bag in 2001, digital photography has invaded anything and everything.” And since June 2003, Bags of Love have offered personalised handbags to the public (at a lower cost than Anya Hindmarch of course) but not lacking when it comes to quality.

In 2003, at the height of the photo handbag craze, Jane had a new dog and her three daughters thought it would be a great idea to put dog Bryn on a hand bag for their mother. Her daughters took a photo of Bryn and got her a photo hand bag for as a birthday gift.

Jane says the bag has attracted many compliments from friends, relatives, acquaintances and even strangers. They all tell her it’s such a lovely bag and were often surprised when she said it’s in fact her very own dog on the bag! Many though it was just a ready-made bag of a dog and didn’t know about how you could personalise gifts. People constantly wanted to know where it was from, Jane even gave some people Bags Of Love contact cards, cards she received with the bag. That’s walking advertising indeed!

She’s been worried her favourite hand bag would get damaged during these seven years, so she’s used it for longer period of times and then given it “breaks” to keep its good condition. But after seven years of use the vinyl handbag is still in excellent condition. Now that is fan experience you can’t beat! And that’s what you would call a lifetime guarantee! See the pictures below of Jane’s handbag today and see for yourself how digital printing with Bags Of Love never fails. 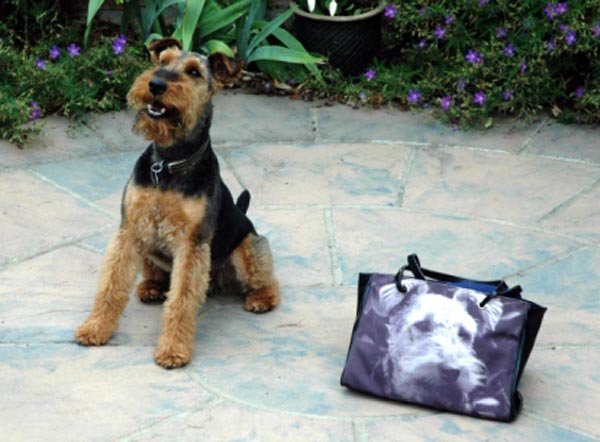 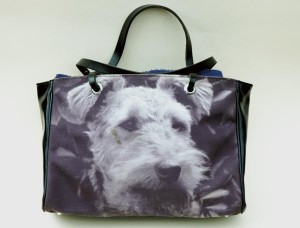 Customise Deckchairs for the Whole Family