Opened on 9 January 1863, the Tube turns 150 today. Here at Bags Of Love, we are celebrating this anniversary with a special edition featuring few interesting facts about the Underground :

1. Only 45 percent of the Underground is actually in tunnels.

2. Aldgate Tube Station, on the Circle (Yellow) and Metropolitan (Magneta) line, is said to have been built on a Plague pit where hundreds of victims of the Bubonic Plague of 1655 were buried.

3. Angel Tube Station on the Northern Line is Western Europe’s third longest escalator at 60m/1971ft, with a vertical rise of 27.5m. 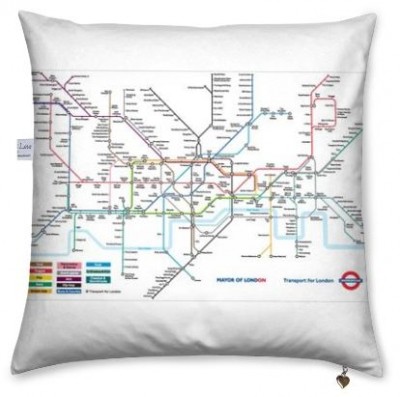 5. Hampstead on the Northern Line is the deepest station, at 181 feet.

6. The station with the most escalators is Waterloo: 23

7. A terrible statistic is that the most popular tube suicide time is around 11 am.

8.  According to a 2002 study, air quality on the Underground was 73 times worse than at street level, with 20 mins on the Northern Line having the “the same effect as smoking a cigarette”.

9. Every week, Underground escalators travel the equivalent distance of going twice around the world.

Until then, “Mind The Gap“.

Personalised Compact Mirror – A Unique Valentine’s Day Gift For Her

Your Photo-Your Story: The Real Spider-Man